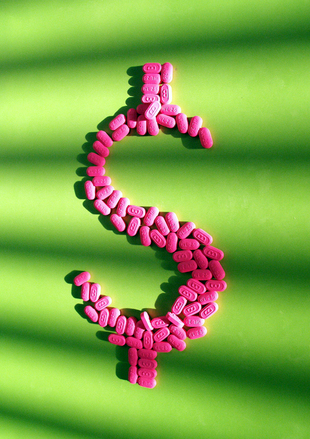 For several years, hospital administrators have been adjusting to changes in federal rules for calculating patients’ unpaid medical bills into hospital Medicare reimbursement.

The federal government provides funding to hospitals that treat indigent patients under so-called “Disproportionate Share Hospital (DSH) programs,” which provide partial compensation to facilities based on a formula.  Many of the roughly 3,100 hospitals receiving DSH payments are teaching hospitals or those in large urban areas.

The Patient Protection and Affordable Care Act changed the formula for calculating DSH payments in fiscal year 2014, significantly reducing the share hospitals received, with goals of reducing funding for the Medicare DSH payments initially by 75 percent and subsequently increasing payments based on the percent of the population uninsured and the amount of uncompensated care provided; and to reduce the Medicaid DSH program by $18.1 billion by 2020.

In fiscal year 2014, hospitals began to receive only 25% of their then-current Medicare DSH reimbursement.  Additionally, hospitals received distribution from a pool based on their share of national uncompensated care, based on several comparative factors.

The shrinking of the DSH program has been predicted to present serious challenges for rural hospitals in Georgia, and even large urban providers that rely heavily on payments under the program. According to an online article by Fierce Health Finance: “A very large part of the rural hospital population is losing money and is financially distressed,” Hometown Health CEO Jimmy Lewis told Atlanta Magazine. “The loss of DSH in Georgia won’t be a good thing.” Hometown Health is a consortium of rural providers in the Peach State. One proposed solution for Georgia hospitals is to expand Medicaid eligibility, according to Tim Sweeney, deputy director of policy for the Georgia Budget and Policy Institute.  Mr. Sweeney explained to Atlanta Magazine: that would bring $3 billion into the state’s healthcare system, so that hospitals could be paid to deliver care. Similar concerns are discussed in a 2014 article by Healthcare Finance News, which anticipated that Atlanta’s Grady Memorial Hospital, the state’s largest hospital and a historic safety net provider, might need to reduce mental health, obstetrics and gynecology services for low-income patients unless state leaders change policy to adapt to the DSH cuts.

Hospitals have sought changes in federal guidelines to improve DSH calculations by better tracking of actual costs.  In the next few weeks, the Centers for Medicare and Medicaid Services is expected to release new payment rules for so-called “uncompensated care.”  The Medicare Payment Advisory Commission (Medpac), an independent congressional agency established to advise Congress on issues affecting the Medicare program, has recommended a slow shift to using hospital cost reports for such calculations, explaining that hospital cost reports more closely track hospitals’ relative costs to care for the uninsured, and advising that a gradual approach would ‘prevent financial shocks to hospitals and will create an incentive for them to more accurately report uncompensated care.’” Further explanation on Medpac’s developing recommendations and rationale for using cost reporting to calculate these costs can be found here.

Rising costs of uncompensated care has been a significant concern for hospitals that have struggled to absorb billions of dollars in federal cuts in the past several years.  According to an annual report of the American Hospital Association published in January 2016, since 2000, hospitals of all types have provided more than $502 billion in uncompensated care to their patients.

The AHA fact sheet explains that “uncompensated care” is “an overall measure of hospital care provided for which no payment was received from the patient or insurer.  It is the sum of a hospital’s ‘bad debt’ and the charity care it provides.  Charity care is care for which hospitals never expected to be reimbursed.  A hospital incurs bad debt when it cannot obtain reimbursement for care provided; this happens when patients are unable to pay their bills, but do not apply for charity care, or are unwilling to pay their bills.  Uncompensated care excludes other unfunded costs of care, such as underpayment from Medicaid and Medicare.”