As a healthcare and business law firm, we work with many healthcare employers and employees to resolve employment disputes.  When disputes involve the civil rights of the employee, the Equal 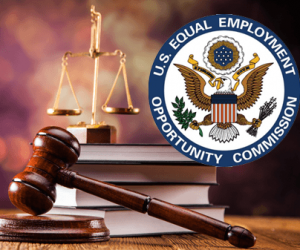 Employment Opportunity Commission’s (“EEOC”) administrative process may be triggered.  For instance, if an employee alleges discrimination based on sex or race under Title VII, the employee is required to file a Notice of Charge with the EEOC and allow the EEOC to review the charge for at least 180 days.  After 180 days passes, the EEOC may issue the complainant-employee a Notice of Right to Sue, and then, the employee may file a federal lawsuit.  Sometimes, however, the employee fears continued discrimination or retaliation from initiating the EEOC action.  Can the employee bring an injunction in federal court enjoining the employer from discriminating or retaliating? This post intends to outline the Eleventh Circuit’s stance on this question.  If you have questions regarding this blog post or employment matters, including unlawful discrimination in the workplace, you may contact us at (404) 685-1662 (Atlanta) or (706) 722-7886 (Augusta), or by email, info@hamillittle.com.

At the outset, anti-discrimination laws generally provide equitable relief as a remedy.  See, e.g., 42 U.S.C. § 2000e-5(g)(1).  Further, the EEOC may move a federal court for an injunction pending the EEOC’s investigation.  As recognized by federal courts, the EEOC taking such an intervening step requires many moving parts.  In Drew v. Liberty Mut. Ins. Co., the Fifth Circuit painted a picture that that the complainant “would have to be fortunate enough for her complaint with EEOC so to divert the attention of the staff from its overwhelming burden of cases to distinguish it as one which demanded immediate attention, resulting in the preparation and filing of a suit by staff attorneys pending the usual course of processing the complaint before she would ever be able to act on her own to seek an end to the irreparable damage she was suffering.  480 F.2d 69, 74 (5th Cir. 1973).  This begs the question—can the private employee move for an injunction pending the EEOC action?

Circuit courts are split on this issue.  See David Tecson, Federal Remedies in Employment Discrimination Actions, at 6-7 (2007).  The Eleventh Circuit precedent comes from the Fifth Circuit case in Drew, which is binding on the Eleventh Circuit because it was decided prior to 1981.  In Drew, the court stated: “We conclude that in the limited class of cases, such as the present, in which irreparable injury is shown and likelihood of ultimate success has been established, . . . the individual employee may bring her own suit to maintain the status quo pending the action of the [EEOC]. . . .”  Although circuits and even district courts within the Eleventh Circuit have disagreed with this stance, the present rule is that in limited circumstances, the employee may move for an injunction pending the EEOC action.  As an example of disagreement, in McGee v. Puralator Courier Corp., 430 F. Supp. 1285, 1286-88 (N.D. Ala. 1977), the Northern District of Alabama disagreed with Drew in part because the EEOC requirement was a jurisdiction bar to bringing suit at that time.  In 2019, the Supreme Court resolved the jurisdictional split on that issue and found exhausting the EEOC process was not a jurisdictional bar.  Fort Bend Cnty., Texas v. Davis, 139 S.Ct. 1843 (2019).  In 1984, the Eleventh Circuit, after splitting with the Fifth Circuit, summarily affirmed a Northern District of Georgia case applying Drew to a case involving a federal employee.  Goza v. Bolger, 538 F. Supp. 1012, 1017 (N.D. Ga. 1982), aff’d, 741 F.2d 1383 (Table) (11th Cir. 1984).  Although there is disagreement over the ability of an individual to bring a suit for injunctive relief pending an EEOC charge, it seems that it is available in limited circumstances in the Eleventh Circuit.

If you have questions regarding this blog post, employment matters, including unlawful discrimination in the workplace, you may contact us at (404) 685-1662 (Atlanta) or (706) 722-7886 (Augusta), or by email, info@hamillittle.com.