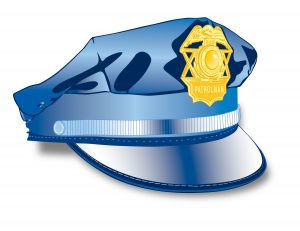 The United States Department of Justice issued a press release on March 28, 2018 regarding the sentencing of Sandra Parkman, age 63, for Medicare fraud.  Our business and health care law firm follows developments in the fraud and abuse legal arena.  The DOJ, as well as numerous other Federal and state law enforcement agencies, are continuing with their push to crack down on offenses they determine to constitute “fraud and abuse” under applicable statutes and rules.

United States District Judge Kurt D. Engelhardt of the Eastern District of Louisiana sentenced Ms. Parkman to 32 months in prison. Additionally, she was ordered to pay $277,197 in restitution.  Ms. Parkman elected to go to trial in her case.  There was a three-day jury trial.  At trial, the government presented evidence that Ms. Parkman engaged in a scheme to provide durable medical equipment (DME) that was not medically necessary to federal program beneficiaries in the New Orleans area.  The owner of a DME supply company, Tracy Browns, a co-defendant in the case, allegedly paid kickbacks to Ms. Parkman to provide information of eligible Medicare beneficiaries and to obtain physician signatures on order forms for the DME in question.  Brown was convicted in a separate trial and sentenced to 80 months in prison.

Various self-referral laws, Federal and State, can be implicated by financial inducements to refer patients. For example, the federal Anti-Kickback Statute makes it unlawful to knowingly and willfully solicit or receive any remuneration directly or indirectly, overtly or covertly, in cash or in-kind, in return for purchasing, leasing, or ordering or recommending the purchase or lease, of any item or service reimbursable in whole or in part under a federally funded healthcare program (Medicare, Tricare, Medicaid).  Where a physician, healthcare provider or professional, or business partner believes that a business arrangement might be viewed to involve an improper financial incentive to refer federal program beneficiaries, caution is warranted.  Criminal penalties and administrative sanctions include fines, jail terms, and exclusion from participation in Federal health care programs. Under the federal Civil Monetary Penalties Law, physicians who pay or accept kickbacks also face penalties of up to $50,000 per kickback plus three times the amount of the remuneration.

The federal “Medicare Strike Force” operates nationwide and proactively seeks to combat fraud and abuse. According to the Press Release, the Medicare Strike Force has charged over 3,500 defendants who have billed Medicare in the aggregate over $12.5 billion.  For more information, see www.stopmedicarefraud.gov.