Welcome to the fourth of our business and healthcare law firm’s holiday-themed blog posts. We hope you are enjoying this holiday season despite the challenges COVID-19 presents.  In this 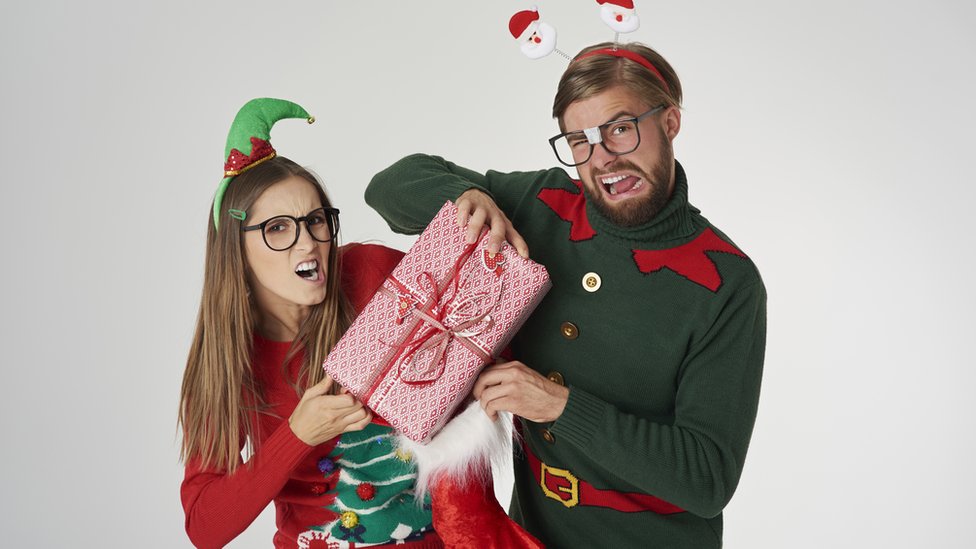 week’s post, we discuss the propriety of declaratory judgments as a litigation tool.

Many of our healthcare provider and healthcare business clients are in complex business relationships with other persons or entities. Within such relationships, it is common for the parties to have questions on whether proposed actions would violate the legal parameters of the business relationship. When these questions arise prior to any action being taken, state and federal courts generally provide a mechanism for the parties to seek a decision on the legality of the prospective action; the mechanism is an action for a declaratory judgment.

In a case of actual controversy within its jurisdiction, . . . any court of the United States, upon the filing of an appropriate pleading, may declare the rights and other legal relations of any interested party seeking such declaration, whether or not further relief is or could be sought.  Any such declaration shall have the force and effect of a final judgment or decree and shall be reviewable as such. 28 U.S.C. § 2201(a).

Similarly, Chapter 4 of Title 9 of the Georgia Code allows for declaratory judgments “to settle and afford relief from uncertainty and insecurity with respect to rights, status, and other legal relations.”  O.C.G.A. § 9-4-1.  Georgia Code section 9-4-2 grants Georgia superior courts the following jurisdiction:

[T]he respective superior courts of this state . . . shall have power, upon petition or other appropriate pleading, to declare rights and other legal relations of any interested party petitioning for such declaration, whether or not further relief is or could be prayed, in any civil case in which it appears to the court that the ends of justice require that the declaration should be made; and the declaration shall have the force and effect of a final judgment or decree and be reviewable as such.

Background on the Purpose and Appropriateness of Declaratory Judgments

As background, courts within the United States, both state and federal, avoid deciding hypothetical situations that do not present a present controversy.  Such decisions are generally referred to as “advisory opinions.” In fact, Federal courts—which are courts of limited jurisdiction bound by Article III of the U.S. Constitution’s “case or controversy” requirement—are prohibited from issuing advisory opinions. State courts are not similarly bound by Article III, yet most have adopted a similar ban on advisory opinions, allowing them only in select situations. Georgia limits judicial review to “cases and controversies.”  O.C.G.A. § 9-4-2(a).

If advisory opinions are on one end of the controversy spectrum, then on the other end, we have the typical controversy that arises after a party takes an action allegedly harming another party.

Declaratory judgments fall between advisory opinions and typical post-harm disputes. As such, an action for a declaratory judgment is not often an appropriate tool. It is only appropriate when a litigant needs direction from a court before taking future action. Said another way, “Declaratory relief is available where a legal judgment is sought that would control or direct future action.”  Enron Capital & Trade Resources Corp. v. Pokalsky, 490 S.E.2d 136, 138 (1997). In addition to proper timing, Georgia courts require the presence of a party with an interest in the controversy that is adverse to that of the petitioner. Id. at 139. For example, a declaratory judgment action may be appropriate between a healthcare employer and its past employee to determine whether the employee is bound by restrictive covenants that interfere with anticipated healthcare employment elsewhere.

If you would like to discuss the suitability of a declaratory judgment action in your healthcare business matter or have questions about other litigation strategies, you may contact our healthcare and business law firm at (404) 685-1662 (Atlanta) or (706) 722-7886 (Augusta), or by email, info@hamillittle.com. You may also learn more about our law firm by visiting www.hamillittle.com.