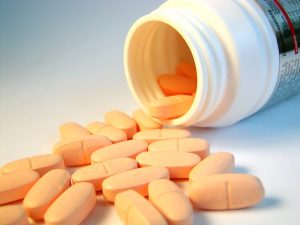 Today, the United States Department of Justice announced by press release its formation of Operation Synthetic Opioid Surge (S.O.S.).  An objective of SOS is the reduction of dangerous opioids in particular areas of focus, to identify wholesale distribution networks, and to locate suppliers.

Opioids are medications that affect the nervous system and/or specific receptors in the brain, for the purpose of reducing pain.  In the late 1990s, based on assurances from the pharmaceutical industry that patients were not likely to become addicted to pain relievers, physicians began to prescribe opioids at a higher level than in prior years.  Increased prescriptions led ultimately to widespread misuse of opioids.  Later, it became clearer to the medical community that opioids can be highly addictive.

Drug overdose deaths and opioid-involved deaths have been steadily on the rise, across all races, classes and age groups.  For example, in 2015, over 33,000 people in the US lost their life due to an opioid overdose.  In 2016, opioids were involved in 42,249 deaths, and opioid overdose deaths were five times higher in 2016 than seven years prior.  In fact, in 2016, synthetic opioids resulted in more US deaths than any other type of drug.   Now, more than three out of five overdose deaths stem from opioids. According to the National Institute on Drug Abuse, more than 115 people in the United States die every day from overdosing on opioids.  The CDC also publishes informative statistics on this subject.

Combatting the opioid epidemic is now a focus of the US government. In 2017, the United States Department of Health and Human Services (HHS) declared the opioid crisis a public health emergency and implemented a five point strategy to combat the opioid crisis.

Under the SOS, according to the DOJ’s press release, the DOJ will significantly enhance enforcement efforts in ten “districts” that have high concentrations of opioid distribution networks and overdose death rates and will “prosecute every readily provable case involving the distribution of fentanyl, fentanyl analogues, and other synthetic opioids, regardless of drug quantity.”  The SOS is based on the DOJ’s belief that “prosecuting seemingly small synthetic opioids cases can have a big impact and save lives.”  The SOS will be based on a coordinated law enforcement effort led by the DEA Special Operations Division and intends to remove “deadly fentanyl distribution networks.”

The ten districts are:

Our healthcare lawyers represent healthcare providers, professionals and businesses in litigation and transactions. If you have questions about this blog post or any health care legal issue, contact us at (404) 685-1662 (Atlanta) or (706) 722-7886 (Augusta), or by email, info@hamillittle.com.