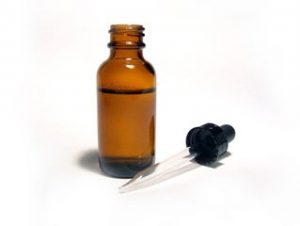 House Bill 1, Haleigh’s Hope Act, went into effect on April 16, 2015. HB 1 makes it lawful to possess up to 20 fluid ounces of low-THC oil, commonly known as “medical marijuana.” On May 8, 2018, Governor Deal signed House Bill 65, which expanded the conditions medical marijuana could be used to treat. As a consequence of HB 65’s expansion, it is likely that more employees will be allowed to possess and use medical marijuana.

Does this mean that you must permit your employees to possess and use medical marijuana while at work, and if you terminate their employment, you are committing disability discrimination?

Georgia’s pro-employer legislature included an employer-exemption provision in the last clause of Georgia Code section 16-12-191. The employer-exemption provision makes two things clear. First, that the act will not “require an employer to permit or accommodate the use, consumption, [or] possession . . . of marijuana in any form.” Second, it allows employers to maintain “written zero-tolerance policies prohibiting the on-duty, and off-duty, use of marijuana, or prohibiting any employee from having a detectable amount of marijuana in such employee’s system while at work.”

This provision appears to allow Georgia employers to ban marijuana “in any form” from its premises and to ban employees from using marijuana at any time, even “off-duty.” Even with such strong language, it is unclear whether the employer-exemption provision insulates from liability Georgia employers who terminate or fail to hire an individual based on medical marijuana use. No Georgia court has decided on this issue, but decisions from other state courts provide useful guidance for Georgia employers.

Massachusetts’ Supreme Court held that a terminated employee “may seek a remedy through a claim of handicap discrimination” when she was “terminated from her employment because she tested positive for marijuana as a result of her lawful medical use of marijuana.” Barbuto v. Advantage Sales & Marketing, 78 N.E.3d 37, 40 (Mass. 2017). Massachusetts’ act contains an employer-exemption provision similar to Georgia. However, the Court ultimately found for the employee because of the following civil-protection language in the act: “Any person meeting the requirements under this law shall not be penalized under Massachusetts law in any manner, or denied any right or privilege, for such action.” St. 2012, c. 369, § 4. The Court found support for its conclusion “in the marijuana act itself, which declares that patients shall not be denied ‘any right or privilege’ on the basis of their medical marijuana use. A [disabled] employee in Massachusetts has a statutory ‘right or privilege’ to reasonable accommodation.” Barbuto, 78 N.E.3d at 45.

The Supreme Courts of Washington and California faced similar issues but found in favor of the employer. The Supreme Court of Washington found in favor of the employer by stating that there was no duty to accommodate an employee or applicant’s marijuana use based on the employer-exemption provision in Washington’s medical marijuana laws. Washington’s employer-exemption provision states, “Employers may establish drug-free work policies. Nothing in this chapter requires an accommodation for the medical use of marijuana if an employer has a drug-free workplace.” Wash. Rev. Code § 69.51A.060.

California’s medical marijuana act is different from Georgia’s because it does not contain an employer-exemption provision. Even still, the California Supreme Court found that “an employer may require pre-employment drug tests and take illegal drug use into consideration in making employment decisions” because the medical marijuana statute was only intended to “exempt[] medical users and their primary caregivers from criminal liability . . . . Nothing in the [act] suggests the voters intended the measure to address the respective rights and obligations of employers and employees.” Ross v. RagingWire Telecommunications, Inc., 174 P.3d 200, 204 (Cal. 2008).

Georgia employers are most likely free to enforce their drug-free workplace policies even in situations where employees or applicants use medical marijuana. First, Georgia’s statute does not include any express civil protections for employees as in Massachusetts or Rhode Island. Second, Georgia’s act is even broader than Washington’s because it covers “off-duty” use. Lastly, Georgia’s act is similar to California’s because there is no evidence that the act was intended to interfere with the employee-employer relationship.

If you are an employer seeking help with a current dispute or advise creating a drug-free workplace policy, please email us at info@hamillittle.com or contact us at our office closest to you. Read about our lawyers’ experience in employment retaliation and discrimination matters.