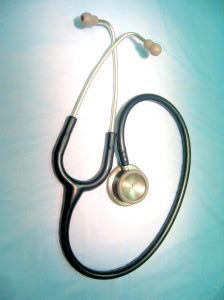 As Medicare fraud schemes continue to bilk federal taxpayers of billions of dollars, federal law enforcement continues to push diligently to identify and prosecute Medicare fraud. Because of the importance to federal law enforcement of ferreting out healthcare fraud schemes, it is critical for all healthcare providers and healthcare businesses to follow the law to the letter and keep their business practices in the center of the court.

A key focus for the government is whether tests and procedures are actually medically necessary and properly documented. A recent example is the case of Dr. Salomon E. Melgen. On April 14, 2015, the Department of Justice announced the indictment of Dr. Melgen for alleged Medicare fraud in connection with eye centers owned and operated by him. Dr. Melgen, 60, is a Florida ophthalmologist and retina specialist. He owned the Vitreo-Retinal Consultants Eye Center and the Melgen Retina Eye Center, which together had four offices in south Florida. The eye centers treated 100 or more patients a day, many of whom were Medicare beneficiaries.

In this case, the government alleges that Dr. Melgen submitted false claims and created false entries on his patients’ medical charts to support the fraudulent claims. The allegations include that Dr. Melgen would falsely diagnose patients with age-related macular generation and retinal disorders, and other serious eye conditions. Based upon the false diagnoses, Dr. Melgen performed medically unreasonable and unnecessary tests and procedures, such as laser surgery and eye injections that called for greater reimbursement to the eye centers by Medicare. Additionally, the government alleges that Dr. Melgen split single-use vials of the drug Lucentis into multiple doses and administered it to multiple patients, then separately billed for each use at the reimbursement rate for a full dosage, resulting in exorbitant profits to the eye centers.

The government contends in Dr. Melgen’s case that from January 2008 through December 2013, the defendant billed Medicare for nearly $200 million and actually received over $100,000 million in reimbursement, an average of about $20 million per year. Much of the reimbursement was paid on fraudulent billing, according to the government. An indictment is an allegation, however, and the government must prove its case. While the allegations in this case may seem obviously fraud, not all fraud schemes are so overt, and healthcare providers should be careful to ensure their billing practices with respect to federal healthcare programs are clearly within legal parameters.

In addition to criminal prosecutions, the federal government’s success in combating healthcare fraud has resulted in substantial financial recoveries for the federal tax payer. For example, in fiscal year 2014, the U.S. Department of Justice (DOJ) obtained a record $5.60 billion in settlements of fraud cases. See DOJ Press Release November 20, 2014. 2014 was the fifth straight year DOJ recovered more than $2 billion in fraud cases involving federal healthcare programs. The recoveries are typically obtained through actions involving the federal False Claims Act (FCA). Under the FCA, qui tam “relators” can receive 15-25% of the proceeds of a FCA action, depending upon various factors. Importantly, the FCA also provides protection to qui tam relators who fear adverse employment action or other retaliation in their employment based on their assistance to the government. Remedies include two times lost back pay, interest on back pay, and compensation for special damages, including litigation costs and attorney’s fees.