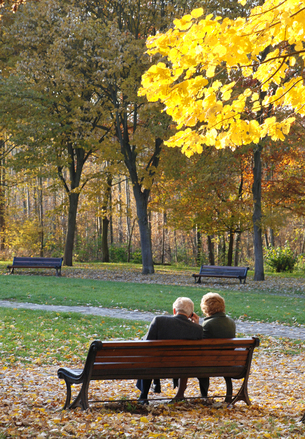 Of the 2.5 million people who die in the U.S. in a year about 75% of those are 65 and older. As such, Medicare is the largest insurer of the cost of medical treatment during the last year of life, according to an article by the Henry J. Kaiser Family Foundation.  Given this reality, health care providers regularly encounter practical questions and concerns about end-of-life issues. Examples of patient and provider concerns in end-of-life care include: Who is authorized to make medical decisions for patients unable to understand and decide for themselves? Does a patient want to receive artificial nutrition and hydration if in a coma? Does a patient wish to be resuscitated regardless of their medical condition? How can patients communicate and provide proof of their wishes about end-of-life medical decisions in a way that their families and health providers know and understand, and the law will support?

To ensure that a patient’s wishes are followed in the immediacy of meeting medical needs at the end of life, patients and their families should plan ahead to consider their options, make decisions, and communicate their wishes to their physicians and other health care providers in advance. Recognizing the significance to patients and providers in discussing end-of-life plans, effective January 1, 2016, Congress has authorized Medicare reimbursement to health providers for time spent in such discussions.

Advance care planning discussions can be involved, and may require repeated sessions for patients and their families to understand options, make decisions and communicate their wishes to providers. A 2014 article in the New York Times illustrates these concerns and others that led federal legislators to change the law.

The article noted that already in 2014, private insurance companies had begun reimbursing medical providers for advance care planning conversations. At that time, physicians and other health providers caring for Medicare patients were not incentivized to spend time engaging in advance care planning discussions, as they were unable to obtain compensation from Medicare for time spent in those discussions. With the change in the law, physicians and other health professionals such as nurse practitioners now may bill separately for this service.

State laws vary as to the specific requirements to create effective advance directive documents: legal documents by which individuals can make certain advance decisions about their end-of-life care, or authorize an agent to make decisions for them. The Georgia legislature updated its state advance directive laws in 2007, merging previously separate living will and health care agency forms into one document written in language intended to be understandable to the general public. (Although the updated law eliminated those previous forms, the law nevertheless provides that appropriate Georgia living will forms executed between March 28, 1986 and June 30, 2007, and durable power of attorney for health care forms executed before June 20,2007 remain valid until revoked.) The law also specifies that advance directive forms are not required in Georgia, and authorizes the use of other advance directive forms that substantially comply with Georgia’s new form. Those and other details concerning Georgia’s advance directive law are explained in a publication by the Georgia Department of Human Resources.

State laws also may fill gaps for health care providers who need to obtain substituted consent from individuals authorized to make medical decisions for patients unable to consent, who lack advance directive forms. For example, Georgia law provides a hierarchy of family members and others authorized to provide substituted medical consent for patients unable to consent for themselves. Absent valid advance directive forms, such laws may provide essential guidance to health care providers in obtaining consent to treat. Physicians and other health providers should consult with their legal counsel in developing forms appropriate under their own state law, and for guidance as to substituted consent and other legal issues in advance care planning.