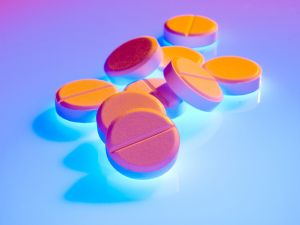 Exorbitant inflation of the price of prescription medication is a lingering concern for U.S. patients unable to afford to pay for the medication they need. According to a 2013 study by Walgreens, four out of ten senior citizens delay prescription refills or skip doses to save money.

The recent dramatic price increases of certain specialty pharmaceutical drugs has prompted recent action by federal prosecutors, according to articles by MSN and the Wall Street Journal.

The MSN article notes that two pharmaceutical companies: Valeant Pharmaceuticals International and Turing Pharmaceuticals, described as among the “worst offenders” in so-called drug “price gouging” received formal requests from prosecutors investigating their drug pricing and other business practices.   This action followed a Congressional hearing last summer addressing Valeant’s price increases of Isuprel, a drug used to treat cardiac arrest, and Nitropress, a blood pressure drug. The cost of Isuprel increased more than 600%, from $215 to over $1,300, while the cost of Nitropress increased more than 300%, from$257 to just over $800 per vial. Turing made waves last summer when it purchased the marketing rights to Daraprim, used to treat an infection that can be life threatening in infants and patients with diseases such as AIDS and cancer, raising the price of the 60-year old drug from $13.50 to $750 a pill. Responding to public criticism, its CEO, Martin Shkreli, agreed to lower the price of the medication, but never did so.

As reported in the Wall Street Journal, a spokesperson for Valeant confirmed this week that its company received federal subpoenas from Manhattan and Boston seeking information concerning its drug pricing and distribution practices, and its business practices of making drugs accessible to patients who cannot afford to pay for them. Valeant told Congress it spent $544 million on patient assistance last year and expects to spend $630 million on such efforts this year.

Pharmaceutical company practices of drug price escalation have caught the attention of Presidential candidates in this election year as well, with Hilary Clinton, Donald Trump and Bernie Sanders speaking out against these practices of pharmaceutical companies and industry leaders. Multiple news outlets including The HIll reported Sanders’s recent rejection of a $2,700 donation by Martin Shkreli, stating: “We are not keeping the money from this poster boy for drug company greed.” Shkreli took offense at Sanders’s treatment of his donation, firing back at Sanders for failing to acknowledge the role of innovation and return on investment in the healthcare industry.

Although the majority of states and D.C. have laws against so-called “price gouging,” or inflating costs of goods or services to an unfair level during times of emergency or natural disaster, generally the pricing of goods and services is subject to our free market system. However, especially in the healthcare setting, such practices can be shocking in the extreme, as illustrated by the public and political outcry against the 5,000% cost increase of Daraprim and dramatic spikes in the prices of other drugs, and the reactions of prosecutors to investigate Turing and Valeant in the wake of price increases. The investigations will examine pharmaceutical patient assistance programs, which must comply with laws concerning reimbursement for the cost of pharmaceutical drugs by Medicaid, Medicare and commercial insurers. Federal investigators are also concerned if anti-trust laws were violated by restricting the distribution of name brand drugs to hinder competitors from accessing those drugs to develop lower-priced competitive generic drugs.

Our Georgia business and healthcare law firm represents physicians, other healthcare providers and businesses and is focused on the healthcare industry. If you have questions about this blog post, contact us at (404) 685-1662 (Atlanta), (706) 722-7886 (Augusta) or info@hamillittle.com.