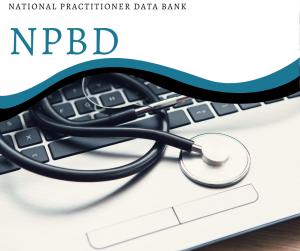 Our healthcare and business law firm consistently works with physicians who are dealing with complications resulting from adverse reporting to the National Practitioner Data Bank (“NPDB”). Certain entities, including medical licensure boards and medical malpractice payers, have a duty to report specific actions or events to the NPDB. Any practitioner who has had the misfortune of having an action reported to the NPDB is likely aware of the negative impact such a report can have on his or her ability to practice. Sometimes, however, the information reported to the NPDB is inaccurate in whole or in part. Inaccurate or incomplete reports can have equally serious adverse impacts on a medical provider’s ability to practice as any correctly submitted NPDB report. This post outlines steps practitioners or counsel can take to help minimize the adverse impact of such inaccurate reports. If you have a question about the NPDB or would like to discuss this blog post, you may contact our healthcare and business law firm at (404) 685-1662 (Atlanta) or (706) 722-7886 (Augusta), or by email, info@hamillittle.com. You may also learn more about our law firm by visiting www.hamillittle.com.

The NPDB allows practitioners to submit statements at any time to explain or supplement a report. According to the NPDB, the statement is the provider’s “opportunity to provide additional information [the provider] would like included with the report.” A statement does not correct or void a reporting by a medical board, but it is a useful tool for a provider to explain an adverse licensure action when that is necessary. This is a way to tell the practitioner’s side of events. Although the statement may be limited in its impact, it can be particularly useful to submit a well-drafted statement while waiting for the often-lengthy dispute resolution process to conclude. Statements can also be submitted or edited at any time, so the efficiency of a statement makes it a useful tool.

Working with the Reporting Organization

A Correction Report is appropriate if there is an error or omission in a previously submitted report. In this case, the reporting organization can file an updated and corrected report. The Correction Report takes the place of the Initial Report, removing the Initial Report from the disclosable record. The corrected report will, however, reflect that it is a “corrected” report. Correction Reports are easily and routinely submitted and are submitted in largely the same way all reports are submitted through the NPDB’s Integrated Querying and Reporting Service (IQRS) system, following the prompts to file a correction report. A Void Report is simply a withdrawal of the subject report in its entirety. A Void Report is appropriate if the report was submitted in error, it is not reportable under reporting requirements, or the action was overturned.

If you have a question about the NPDB or would like to discuss this blog post, you may contact our healthcare and business law firm at (404) 685-1662 (Atlanta) or (706) 722-7886 (Augusta), or by email, info@hamillittle.com. You may also learn more about our law firm by visiting www.hamillittle.com.