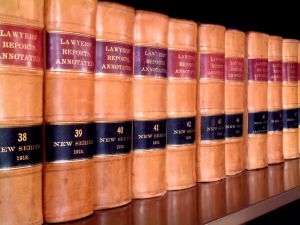 In a Senate Finance Committee Majority Staff Report (the Senate Report) entitled, “Why Stark, Why Now?”, the Committee’s Chairman, Senator Orrin Hatch, argues that changes are needed to Stark Law.

The Senate Report is, at a minimum, a strong indicator that calls for change in the law are heard and efforts are underway to evaluate improvements to the law.

A Brief History of Stark Law

Stark Law is Federal physician self-referral law premised upon the notion that physicians are prone to order (i.e., “refer”) more medical items and services if they stand to benefit financially from doing so.  For example, where a physician has an ownership interest in a lab to which he refers patients, he will incentivized to send more patients to the lab for lab work.

Thus in 1989 Representative Fortney “Pete” Stark (D-CA), of whom the statute was named, proposed the law to address two perceived adverse consequences of financial incentives for physician self-referrals of medical items and services reimbursed by a Federal healthcare program: (1) overbilling of Federal healthcare programs; and (2) the provision of medical services that do not benefit a patient.   Stark Law, Section 1877 of the Social Security Act, codified at 42 U.S.C. § 1395nn, as originally passed, was a fairly straightforward and narrow prohibition that precluded a physician from referring patients or specimens to clinical labs, including physician office labs, where labs paid for by fed programs (Medicare, Medicaid, or CHAMPUS) if the physician (or immediate family member) had a “financial relationship” with the lab.  Indeed, Pete Stark declared in sponsoring the law that the intent was to create a “bright line” standard that would benefit physicians and protect Federal healthcare programs.  But the law did not remain simple and expanded from the straightforward lab referral context to apply to a list of services and items known as “Designated Health Services,” identified by CMS billing codes.

Alas, the evolution of the Stark law’s elements and defined exceptions pursuant to various federal regulations of the Centers for Medicare and Medicaid Services (CMS) found in the Code of Federal Regulations (CFR) and various advisory opinions, is, to say the least, quite complex , convoluted like the tax code, and replete with ambiguity.  The current complexity of Stark Law is ironic given Pete Stark’s original goal of a simple, clear law.

While Stark Law appears to have served its purpose of restricting physician ownership of providers of ancillary services and, perhaps due to the increasing scrutiny of Federal regulators, fostered some self-governance of physician relationships, the law is much criticized.  Stark Law violations (or alleged violations) have become an enormous financial opportunity for the Federal government.  Financial penalties and other adverse professional consequences seem draconian and, particularly when a Stark Law violation is paired with False Claims Act liability, are potentially ruinous for physicians and hospital systems that step into the Stark Law hole.  The severe financial consequences for violations of Stark Law, combined with its complexity and attending ambiguity in determining whether and how it applies to particular financial arrangements, have led to many calls for change in recent years.

“The Stark law has become increasingly unnecessary for, and a significant impediment to, value-based payment models that Congress, CMS, and commercial health insurers have promoted.   The risk of overutilization, which drove the passage of the Stark law, is largely or entirely eliminated in alternative payment models.  When physicians earn profit margins not by the volume of services but by the efficiency of services and treatment outcomes, their economic self-interest aligns with the interest to eliminate unnecessary services.”

The Senate Report reviews many possible solutions to address the general frustrations with Stark law compliance and, particularly, the problems created by the fact that Stark Law was designed for a FFS payment model that is expected to go away, bulleted as follows:

While the Senate Report does not seem to articulate an imminent fix, happily it does show that changes are being thoughtfully reviewed at the highest levels and are likely on the horizon.