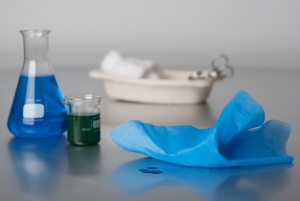 The Affordable Care Act (ACA), widely known as “Obamacare,” will create new opportunities for primary care doctors (and some specialists) who weigh starting or converting to a direct primary care model. At first blush direct care medicine practices, also known as “concierge,” “boutique” and “retainer-based” practices, which charge patients a monthly or annual membership fee and tend to exclude (or limit) third party payer involvement (one of the strong points for pursuing the model), would seem limited as an opportunity by the ACA’s objective of getting everyone “insured.” But the opposite may prove to be the case. Actually, the ACA may drive a strong need for new concierge medicine doctors.

A New Era of High Deductibles

While a stated goal of the ACA is to decrease the number of uninsured Americans, a consequence of the ACA will likely be that many newly insured patients under plans obtained via the new insurance exchanges will soon realize that due to very high deductibles, much or all of the costs of treatment (i.e., all non-preventive care) incurred over the course of a year must be paid out of pocket by the insured. For a typical household in Richmond County, Georgia, for example, as of this writing there are 18 plans available via the exchanges: 7 “Bronze Plans,” 6 “Silver Plans,” 4 “Gold Plans,” and 1 “Platinum Plan.” For the Bronze Plans, the annual deductibles range from $4,000 to $6,300. It is widely expected that most people will seek to minimize their premiums and opt for one of the Bronze Plans, only two of which have annual deductibles of less than $5,000.

What will that mean? That will mean most doctor visits (excluding preventive care) will be paid out of pocket by the “insured” patients who presently may not realize what is in store for them by way of doctor bills. As the public becomes aware of how the ACA will actually work for them (i.e., even though they are “insured” they are writing checks for doctor bills), the appeal to consumers of concierge options will increase. As recently reported in the Wall Street Journal, “People with deductibles of $5,000 or more should think about how many times a year they typically see the doctor and for what, keeping in mind that annual checkups are free under the ACA. If doctor visits typically cost $150 and the patient has six appointments a year, a concierge practice offering the same services for $40 or $50 a month might be cheaper.” Pros and Cons of Concierge Medicine (November 1, 2013).

A second irony some predict will result from implementation of the ACA is less access to doctors. As the ACA raises the insurance rolls by as many as 30 million, many more doctors may leave private practice. According to an article published November 29, 2013 in Medical Economics, a survey of over 3000 practicing physicians in the US determined the following:

• 30% will leave the practice of medicine as soon as possible
• 19% said they will practice medicine for a shorter period of time than they originally planned
• 71% said that the ACA will negatively impact their compensation
Many patients, who want and are willing and able to pay reasonable compensation to doctors for access to them, will learn of direct-pay/concierge options and pursue them. A range of direct-pay/concierge products may develop, from the higher-end “VIP” plans to very basic, lower cost plans that may require as little as $15/month, to suit the particular needs of the patient base, creating flexibility and opportunities for doctors and their patients.

Although the ACA horizon is full of uncertainty, there is no question that the need for concierge medicine alternatives will be enhanced for those doctors who are willing to explore them.